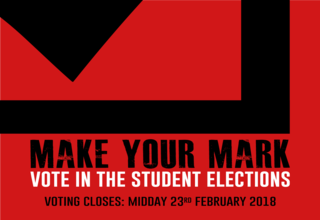 The Union of Kingston Students runs elections so you can choose who should run and lead the Union for the next academic year. We are here to represent you and as such it is only right that we are run by you.

Full- time Student Officer positions represent each of the four campuses across the University and are underpinned by student groups.

These students then set the direction of the Union; decide on student policy and run campaigns and projects to improve the student experience.

The results announced on Friday 23rd February for Penrhyn Road, Roehampton Vale and Student Trustee elections. Due to an ongoing investigation we were not able to release the result of the Kingston Hill. This investigation concluded on 28th February and we were then able to release the result on the same day.  The following are the election results;

Full breakdown of the results for these can be found here

As these elections have now been completed and the results verified by our Returning Officer at NUS, we are no longer able to consider any further complaints.

Due to an ongoing investigation we were unfortunately unable to share the results for the Knights Park’ election on Friday 23rd February.

This investigation has now been concluded and we can confirm that, on this occasion, the University did not observe its normal principle to refrain from commenting on the student elections.

As a consequence and to ensure fairness for all candidates, the decision has now been taken to re-open the voting for the Knights Park election with all previous votes for this election being void.

All students will be invited to recast their vote for Knights Park election during a new voting period. Voting opens at 9am on the 12th March and closes at 5pm on the 14th March. The results for this election will be released at 1pm on the 15th March.

Details of the candidates for this election, their manifestos and their videos can be found here